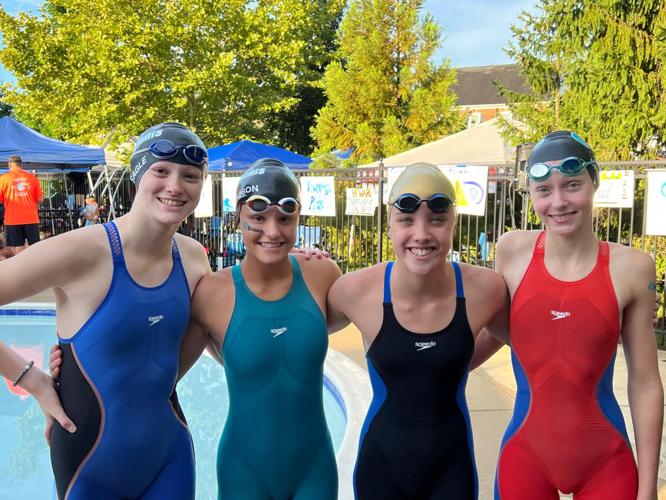 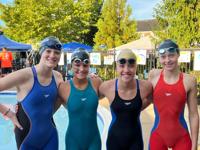 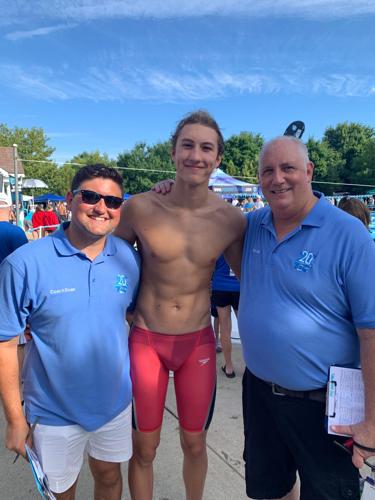 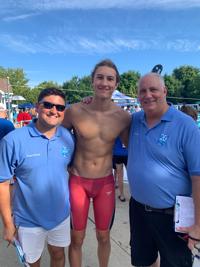 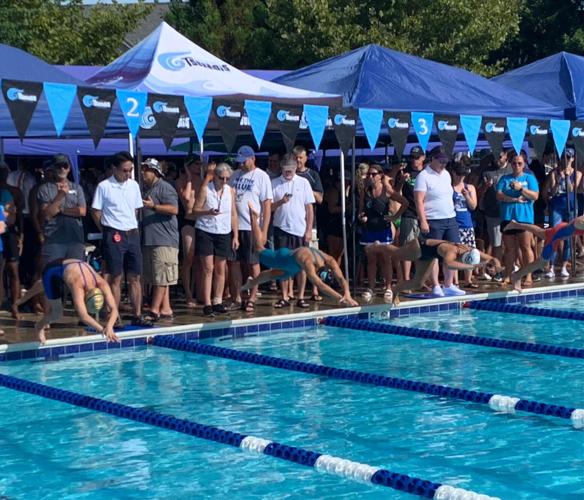 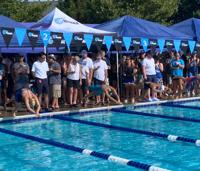 Maddie Richardson launches from the deck on her way to a dominant victory in the Girls 13-14 50 Meter Freestyle event, and the top divisional time in PWSL on the day July 30, 2022. 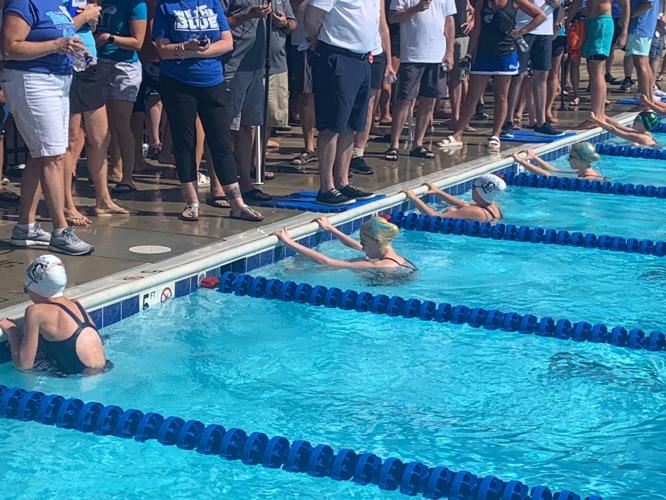 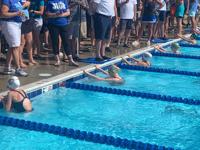 Piedmont’s Austeja Tutkus outperformed her personal best to win the Girls 10&U 100 Meter IM and record a top two time in the county July 30, 2022.

Maddie Richardson launches from the deck on her way to a dominant victory in the Girls 13-14 50 Meter Freestyle event, and the top divisional time in PWSL on the day July 30, 2022.

Piedmont’s Austeja Tutkus outperformed her personal best to win the Girls 10&U 100 Meter IM and record a top two time in the county July 30, 2022.

The team delivered their third championship in the past four seasons – and improved their current winning streak to 12-0. The Tsunamis, swimming in their home pool to clinch the title, carried the day strongly with a total tally of 4230.5 points.

The win represented a methodical lead that grew throughout the morning, and ultimately translated to a decisive 304 point margin over the runner-up Sudley Seahorses at 3926.5, and the Bridlewood Bridlewaves, who tallied 3345 points. The Blue Division victory for Piedmont also translated to a PWSL Cyber Meet top mark of 550 points, leading all 24 clubs and ranking ahead of second place Sudley by 64 points.

The Piedmont win places a further exclamation point on a shifting positional swing in the upper tier of the divisional ranks. The Tsunamis, celebrating their 20th anniversary as a PWSL club team, remain only one of three teams to bring home the highest award for the Prince William Swim League, having now earned the championship trophy three times.

Speedy pool times, dramatic personal bests, and record-setting accomplishments for all three clubs were the order for the day as the morning progressed at Piedmont’s Simpson Pool.

Piedmont opened the competition winning four of nine early relay matches – including a crushing takedown of the league record by the Tsunami Girls 13-14 Medley Relay squad. Coming in at 2:07.69, the new mark set by Alyssa Sagle, Katherine Crown, Sedonah Traister, and Maddie Richardson beat the 2018 Sudley league standard by almost a full second, and took down the team best (set by the squad earlier this year) by a full two seconds.

But the Girls 13-14 team wasn’t finished making history on the relay front. Later in the day, the same powerhouse squad of Sagle, Crown, Traister, and Richardson hammered away at their own PWSL league record in the 200 Free Relay – clocking an incredible 1:54.09, which bettered their own mark from earlier this season by 1.5 seconds.

Individual Tsunami speedsters also brought home three individual records for the Piedmont team on the day. In the 15-18 Boys Freestyle event, Theo Drescher made a statement in his last meet before becoming a Tsunami Alumni by serving up an incredible 24.63 mark, edging out a four-year club target set originally by Henry Radzikowski.

Similarly, Ryan Strotheide took down his own Boys 15-18 Back record which he set at the Bridlewood meet from earlier this season, bringing home a new top mark of 27.28. Not to be outdone, Emma Hannam dropped an amazing 33.84 time in the Girls 15-18 50 Breast, beating a mark set by current teammate Camille Spink at the Wellington meet just weeks ago.

Hot races on the morning were plentiful, and included Austeja Tutkus’ victory in the Girls 10&U 100 Meter IM. Seeded second overall on the entry list, Austeja blazed to a blue ribbon victory – winning by a full second and dropping her personal best by an incredible 2.16 seconds.

Similarly, on the Boys front, Landon Norman came from a three seed on the day to win the Boys 8&U 25 Meter Backstroke as he delivered an impressive 23.25 mark. That effort was good enough for a half second victory, and translated to almost a full second off his best time of the year.

Finally, Alyssa Sagle was not to be denied in the Girls 13-14 50 Meter Butterfly, as she rose from a two seed to first place in the event, crushing her previous best by .6 seconds and landing a 30.52. At the younger side of the age group, it will be exciting to see what marks she brings in 2023.

The meet concluded triumphantly with the second-annual ceremonial poolside tossing and dunking of Head Coach Jay Thorpe and Assistant Coach Evan Brandt by an excited Tsunami home team, who celebrated on deck into mid-afternoon at the Piedmont Pool while waiting on official confirmation of the final score and tally.

For the Sudley Seahorses, 69% of the girls, 66% of the boys and 61% of the relays swam best times at the meet. The Seahorses only had 6 DQ’s at the meet. As the meet concluded with the Freestyle relays all three teams gathered along with their families on the edge of the pool deck and cheered loudly for their teams.

Everyone present could feel the energy and many of the relays were very closely contested and the closer they were, the louder the crowd got. All teams had fun, displayed passion for the sport of swimming, and exhibited great sportsmanship throughout the day.

The Seahorses broke several club or league records at the meet: