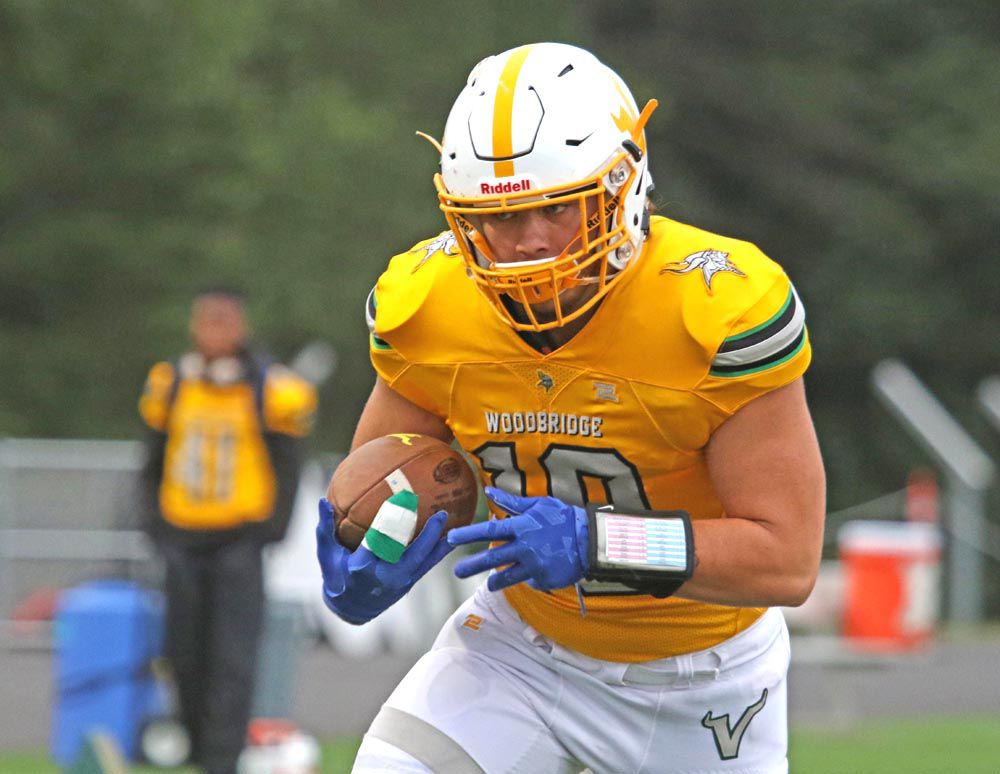 Woodbridge's Joshua Ramirez, a linebacker and halfback, warms up prior to his team's game against Patriot on Friday, Sept. 13, 2019. 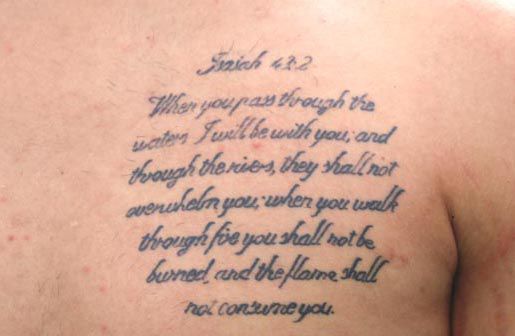 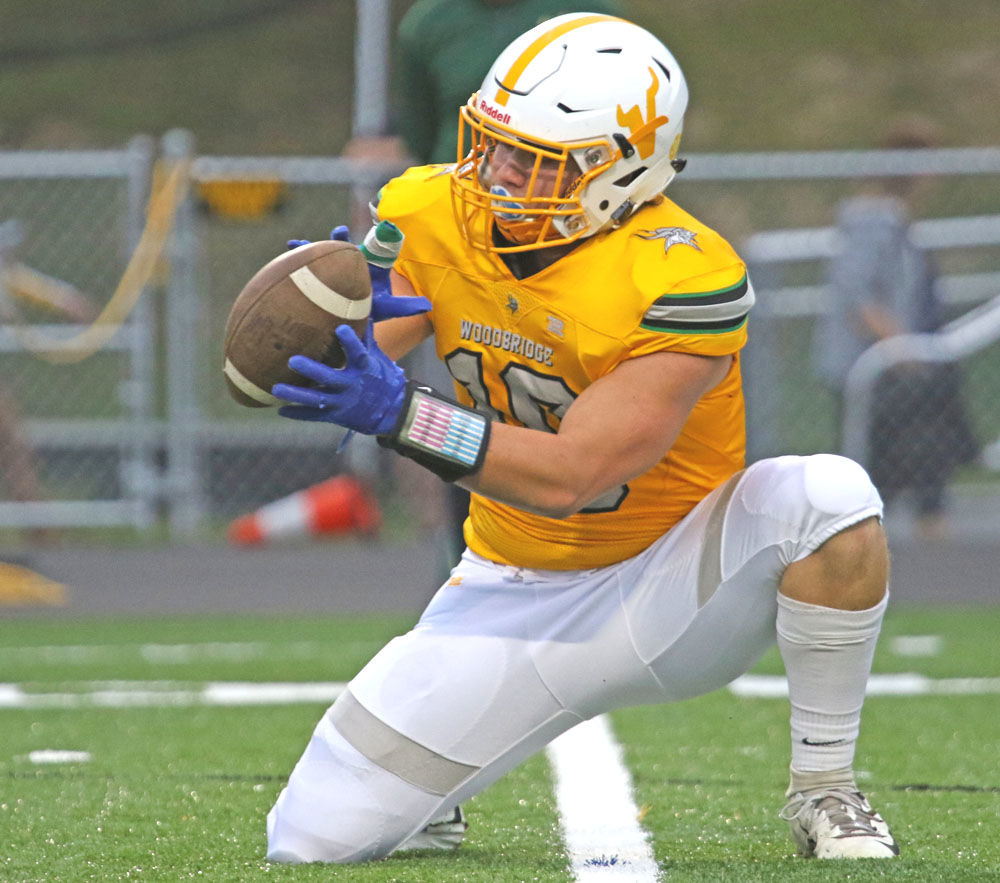 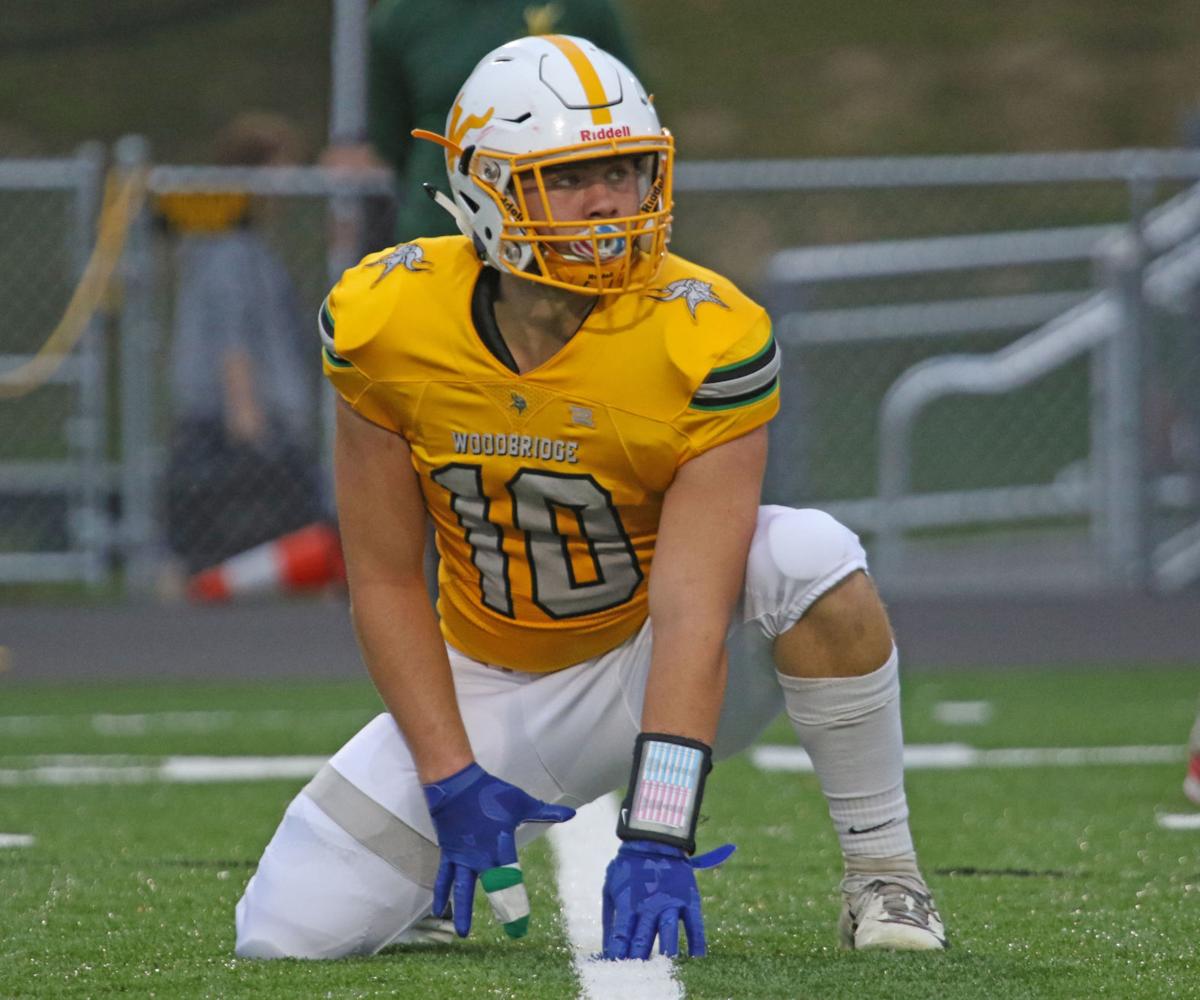 Woodbridge's Joshua Ramirez, a linebacker and halfback, warms up prior to his team's game against Patriot on Friday, Sept. 13, 2019.

Josh Ramirez always listened to his grandmother when she read from her Bible. Not everything she said stuck with him afterward, but one day a particular passage caught his attention and burrowed into his heart. It came from the book of Isaiah and talked about God protecting his people in times of trouble.

The words resonated with the Woodbridge High School senior as he thought about his father Ben, who died July 19, 2015 from cancer at the age of 44. The prolonged illness began in his neck, moved into his throat and then consumed his brain. At home in hospice care, wheel-chair bound and tired of fighting the disease, Ben decided against anymore treatments. Instead, he chose to spend his final moments with family and friends grateful for every breath he took.

As he pondered those words from Isaiah 43:2, Ramirez got an idea. His older sister Maddie had a tattoo of scissors and a ribbon that honored their father who was a barber for over 20 years. Ramirez thought, why not get a tattoo as well using the words his grandmother shared with him?

Ramirez’s girlfriend recommended a local business where she received hers. That was good enough for Ramirez. He gave the artist the Isaiah passage and requested it be written over his right pectoral, right on top of his heart. The perfect spot.

“It made me think of someone who is always watching over you, giving you guidance like an angel,” Ramirez said.

On the last day of Ben’s life, Josh’s mother Kim woke him and his two siblings up at 8 a.m. It was time to say goodbye. The four of them went downstairs where Ben lay in a bed. Ramirez remembers how peaceful his father looked as he told them how much he loved them and reassured them there was nothing to fear.

“In that moment, he presented [his situation] as though it wasn’t horrifying,” Ramirez said. “Everything was going to be OK.”

Ramirez holds on to that feeling when he looks into the bleachers and thinks about his dad. Ben died when his son was in middle school, but he inspired Ramirez in so many ways since then.

Sports was a common bond between father and son. Ben participated in both football and wrestling at Woodbridge in the late 1980s. His first-born son is now following in his footsteps.

Although Ben never got to see Ramirez play in high school, his familiar sayings still run through Ramirez’s mind: “Keep going. Stop looking lazy. You are doing great. This will pay off.”

Ramirez sees his father’s influence in how he’s developed into a player and teammate.

He’s not the most high-profile member on a team that has four Division I commitments. But he’s just as valuable in his role as a do-everything type of player as a back-up quarterback, place-holder on field goal and extra-point attempts, inside linebacker, defensive end and H-back.

“His knowledge to have learned all of those positions and play them well is why he is a very vital component/player in our program on top of his leadership,” Woodbridge head coach Gary Wortham said. “He’s like a player coach. He guides his teammates to the fullest.”

A soccer player, Martin had never played football before deciding to come out for his senior year, at the urging of Ramirez and another friend, Bryce King.

Martin could have been discouraged Sept. 27 after missing a field goal at the end of regulation that would have given Woodbridge a win over Forest Park.

Instead, Martin, aided by Ramirez’s encouragement, delivered in the two overtimes, first connecting on a field goal and then converting the game-winning extra point in the 31-30 victory.

“I looked at him and said, ‘We’ve done this before. You were meant for this,’” Ramirez told Martin. “I know you can do it.”

It’s a lesson Ramirez learned from Ben and has written on his chest anytime he needs a reminder himself.