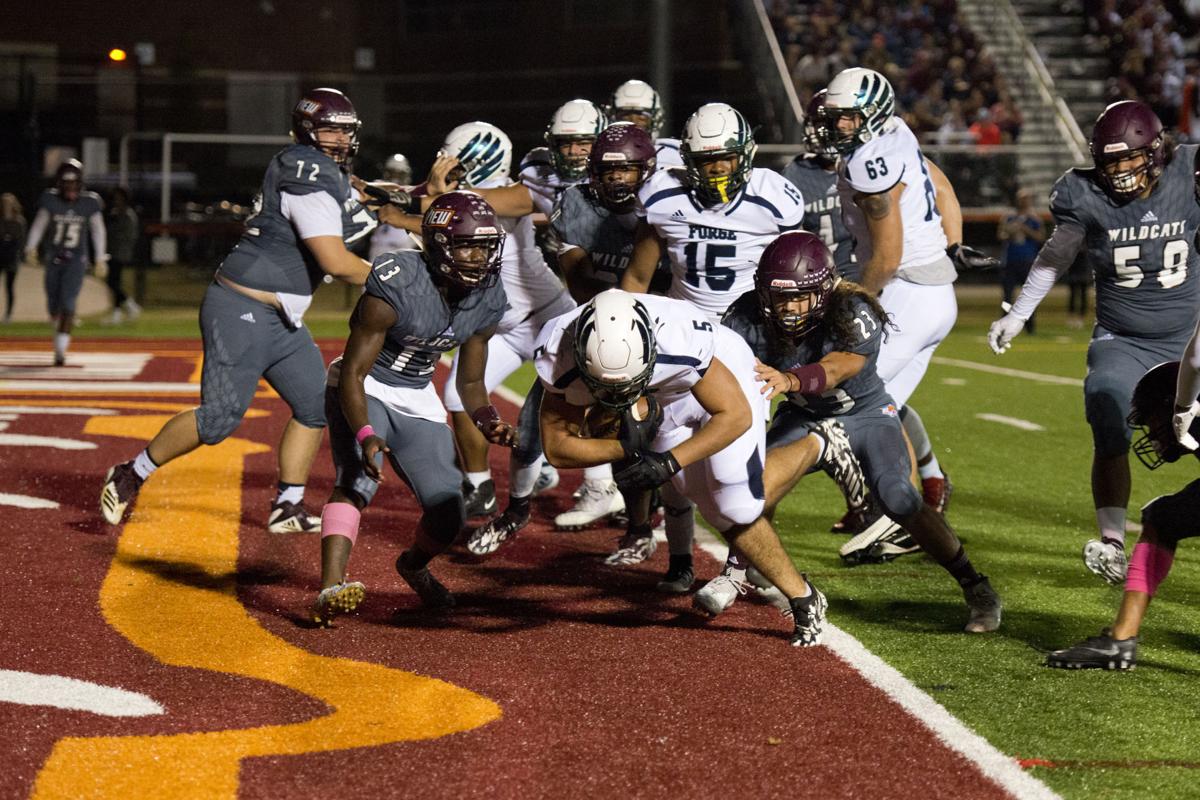 Max Kauthen scores one of his three touchdowns Oct. 11, 2019 for Colonial Forge. 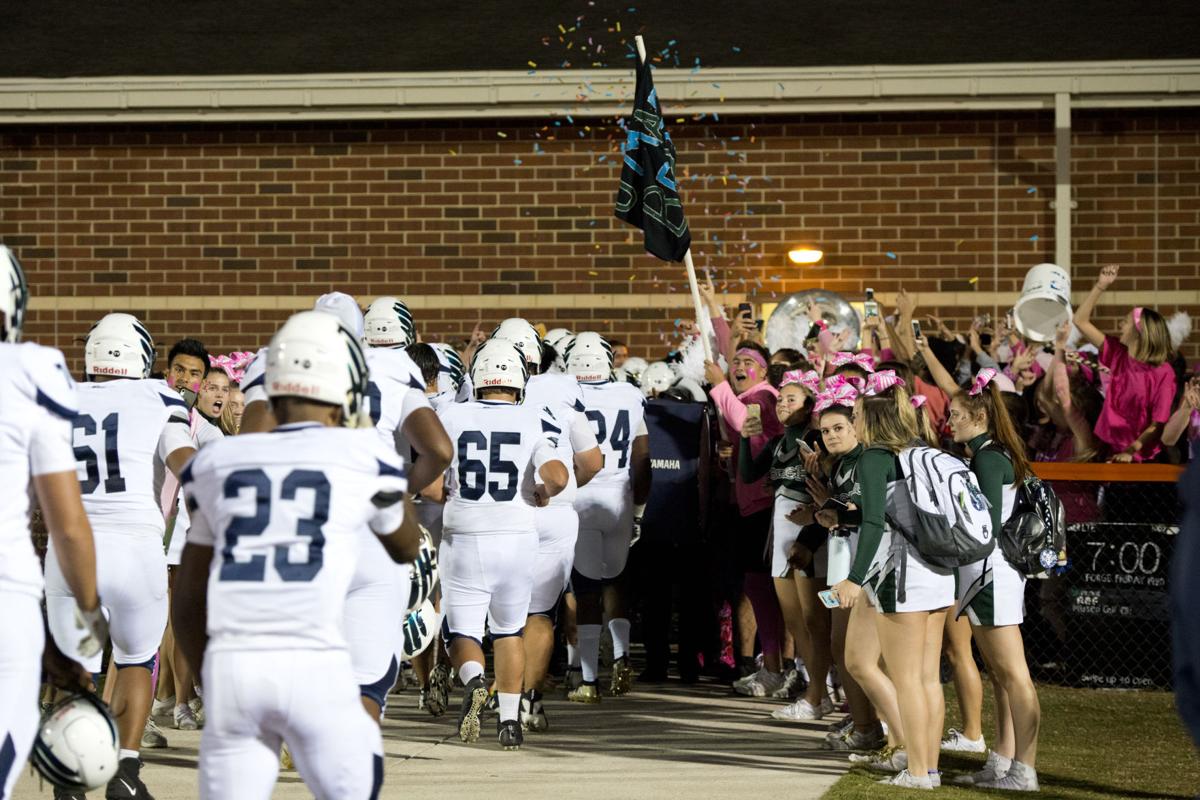 Max Kauthen scores one of his three touchdowns Oct. 11, 2019 for Colonial Forge.

Sometimes there is no better offense than a good defense.

Such was the case for Colonial Forge Friday night in its 24-13 Commonwealth District victory over Mountain View in a game that excited both teams’ rooting sections from start to finish.

The Eagles (5-1 overall, 3-0 in district play) managed just 123 yards passing from their quarterback Madden Lowe, who also threw two interceptions, including once in the end zone. Colonial Forge was also penalized nine times for 75 yards.

Fortunately for the Eagles, the defensive pressure from several players including senior lineman Mason Rega and defensive backs Avery Johnson-Edmonds and Noel Innocent, kept Mountain View quarterback Edward Ware off balance for much of the game, outside of one big play early in the second quarter.

The Wildcats began a possession from their 10-yard-line twice and amassed just eight first downs to Colonial Forge’s 16.

Forge moved the ball well throughout the first half, racking up 262 yards of total offense. However, the Eagles turned the ball over on their first possession when James Sullivan intercepted a Lowe pass in the end zone. However, Mountain View was unable to capitalize, instead punting for the first of six times in the game overall.

Colonial Forge responded with a nine-play, 70-yard drive that was capped by a 3-yard scoring run by Max Kauthen, the first of three touchdowns he scored in the game, that gave the Eagles a 7-0 lead.

After Ware’s big play, Forge embarked on an 11-play, 66-yard drive that ended when Kauthen ran it in from the 2 with 7:22 left in the first half to give the Eagles a 14-7 halftime edge.

Forge coach John Brown said he was pleased with the defensive effort, particularly in the first half.

“We have some things we have to clean up defensively,” Brown said. “But overall I was very pleased. They [Mountain View] have a lot of good athletes that make plays and their quarterback [Ware] is an explosive athlete. So I was happy that we made some big plays when we needed to.”

In the second half, Forge’s athleticism proved to be formidable as Elijah Surratt returned a punt from midfield to the 16-yard line. Eventually, Mountain View’s defense held well enough that Colonial Forge had to settle for a 26-yard field goal by Philip Lovelace with 7:35 remaining in the third quarter to make it 17-7.

After Lowe threw his second interception of the game early in the second half, Forge ran the ball almost exclusively the rest of the game. However, Brown said that was more by coincidence than by design.

“We didn’t stop throwing the ball because of the interceptions,” Brown said. “Madden [Lowe] is a smart player and he knows how to run the offense. I think we knew we could run the ball. Jamal Thomas ran well for us and our offensive line was blocking well. We just had a few hiccups that nearly cost us, but we were lucky to be able to overcome them.”

Mountain View later scored on a 10-yard pass from Ware to Darius Crouch to move within 17-13 as the extra point attempt was blocked. Both teams struggled to move the ball the rest of the game for the most part.

Forge’s defense came up big again early in the fourth quarter when Ware threw a pass toward the end zone before Johnson-Edmonds swooped in and corralled the interception. Later in the quarter, Mountain View had another opportunity after recovering a punt that went off the Colonial Forge returner and was recovered at the Forge 28.

But Ware missed on a pass attempt on first down, then the Eagles stopped Mountain View on short runs twice. On 4th and 5 from the Forge 27, Ware threw incomplete, turning the ball over on downs to Forge.

Two plays later, Kauthen took the ball off left tackle and sped 67-yards for a touchdown that virtually put the game out of reach.

Brown said the Eagles were fortunate in that although they didn’t play their best game, they were able to emerge victorious.

“We shot ourselves in the foot with some holding penalties and that type of thing and I had just talked to the team about cleaning that up,” Brown said. “We’re not [generally] going to be able to climb out of a [similar] hole in huge games like this one. [But] we were lucky enough to do it tonight.”

Sam Neill won't be a fossil in Jurassic World:Dominion

Sia stopped Maddie Ziegler getting on a plane with Harvey Weinstein